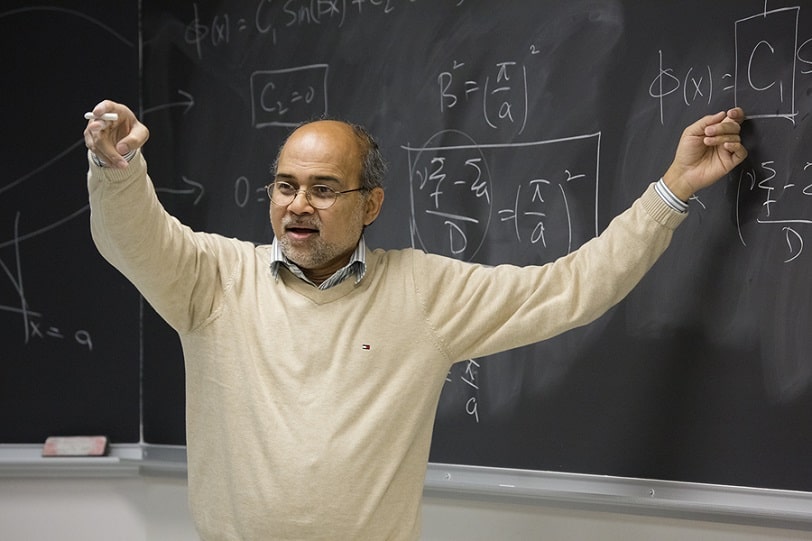 We’ve all, at some time or another, been that student. You know—the one who shows up to lecture still reeking of alcohol, or the one who just really needs, on a seemingly existential level, to make their opinion heard loud and clear. And in those moments, we certainly haven’t given a hoot what the person behind the podium thinks.

But this is an egregious oversight—and not just because that’s the person handing out your grades. Underneath the tweed and elbow patches, there’s a secret fount of wisdom. So, before you pour yourself into class smelling like you just crawled out of a keg or feel the overwhelming urge to launch a diatribe, discover what your college professors are really dealing (or dealt, for the graduates reading) with on a day-to-day basis.

1. They Know When You’re Hungover 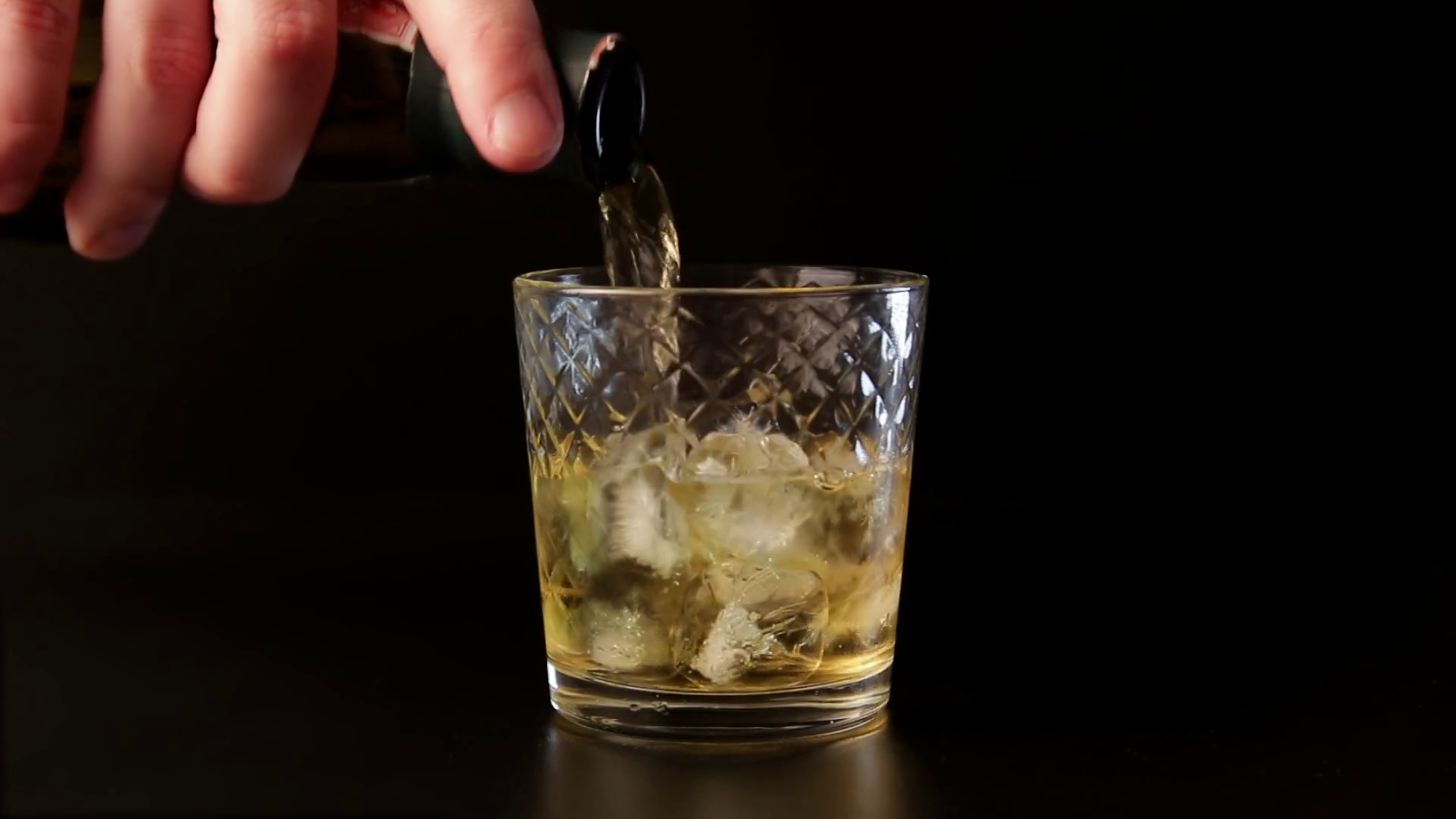 Your college professor was once a student, and odds are he or she is relatively adept at spotting the signs of a hangover by now. “I know you don’t have ‘the flu,’” says one former professor from Quinnipiac University. “You’re hungover and you’re terrible at hiding it.”

Professor T, a former instructor from the College of Mount Saint Vincent concurs: “Does it feel like whenever you come to class somewhat impaired that your teacher always calls on you? You’re probably right. One of the great joys of this job is messing with kids who come to class high or hungover.”

2. They’re Not Making as Much Money as You Think

Landing a tenured position at a college or university can land a professor a healthy, middle-class salary. However, many of the instructors at your school are barely scraping by. “Most students have no idea about the difference between full-time professors—those who have tenure or are tenure-track—and those who teach part-time, usually for poor pay and little to no health benefits,” says Professor P, an Ivy League professor.

“My university doesn’t have adjuncts, but the school where I earned my doctorate did. I was an adjunct there myself before I got my current job. The thing to know about adjuncts is that they’re hugely overworked and hugely underpaid.” And if your job isn’t a cash cow, learn How to Earn $500,000 In Your Spare Time.

3. Student-Teacher Relationships Are Creepy to Them, Too

Though some students and professors do date, schools are increasingly cracking down on those relationships. Professor P says that student-teacher relationships are forbidden at his school, and he’s glad that’s the case. “It may seem hot to try to date your professors, but as someone on the other side, I can warn you that any adult who wants to date an 18-to-22-year-old is almost certainly a full-on creeper,” he says.

4. They Do Have Favorite Students

If it feels like your professor plays favorites, you’re probably right, to some degree. Quinnipiac professor R says that she definitely gets to know and like certain students more than others. “As a writing instructor, I get to know my students on a more intimate level, reading literally hundreds of pages of their thoughts, opinions, and beliefs about the world by the end of the semester,” she says.

However, even students who aren’t teacher’s pet can still make a lasting impression. “Some students stand out among the rest for their wit, their candor, or even their constant need to challenge me on every point I make.”

That boring paper you feel like you keep getting assigned semester after semester isn’t your professor’s way of torturing you. In many cases, professors get little say in what they teach or what they assign. “At one university, I had to design my own curriculum in a matter of days, while at another I received extensive training in a specific type of writing program pedagogy and could not deviate from the selected text, which I found a bit confining,” says a former South Connecticut State University professor.

6. Grading Takes a Lot Longer Than You Think

Grading papers may seem easy, but for many professors, it’s one of the more time-consuming parts of their job. “If I’ve just received a bunch of papers and need to turn them over quickly, then it could be 4 to 5 hours a day, easily,” says Professor P.

7. There’s Not a Lot of Professional Development

While it’s nice to imagine that your professors are being adequately prepared for the classes they teach, that’s not always the case. For many professors, there’s virtually no job training post-grad school. “I was offered the job the day before the semester started, and thrust into a classroom with no syllabus and no guidance,” says Professor R.

Expressing gratitude to your professors can go a long way. “In one of the classes I’m teaching this semester, I have a student who always thanks me right before leaving at the end of class,” says Professor P. “With most students I would dismiss it as brown-nosing, but I can tell that this student is genuinely glad to have been in class. That means more than you might think.”

9. Some of Their Students Are Serious Nightmares

If you think that your late paper is the biggest hassle your professor has to deal with, think again. “I had a student who was a problem the entire semester. He plagiarized, he belittled other students, he would try to text his tutor during exams, he was a misogynist and a homophobe. And then, upon inevitably failing the course, he somehow got ahold of my cell phone number and called to threaten to have me killed,” recalls Professor T. “Not only that, but he made sure his memory was lasting by subscribing my work email to every newsletter and spam list he could find.”

Even adjunct instructors with Master’s degrees and serious professional accomplishments are unlikely to ever become eligible for tenure-track jobs. In fact, Professor P says that his Ivy League school never promotes adjuncts to full-time status. For tips on your own career track, This Is The Fastest Way to Get Promoted.

If you think you’re the first student to ever steal a paper from the internet, think again. Plagiarism is a major issue—one that could even get you expelled—at most universities, and professors almost always know right away. “It happened surprisingly often at the school where I earned my PhD. In my experience, it tends to be a crime of desperation,” says Professor P. “However, plagiarism is always very obvious to your professor—no random eighteen-year-old suddenly writes a dazzlingly insightful paper on Shakespeare’s use of iambic pentameter.”

12. They Know When Students Are Dating One Another

Those sparks flying between you and your classmate are obvious to your professor, too. “Of course, we can often tell when two students are hooking up. Hormones are still rampaging at that age and being discreet is not a college student’s strong suit,” says Professor T. “Sometimes it’s gross, but sometimes it can be adorable. I once had two students (unbeknownst to one another) write love poems to each other for a creative writing assignment.” If you want to imbue some youthful romance into your life, try one of these 40 Irresistible First Date Ideas.

13. They Know When You’re Not Paying Attention

We all get distracted from time to time, but daydreaming during class doesn’t cut it. Professors see hundreds of students a day and it quickly becomes obvious which ones aren’t engaging with the material. “A student who is actively paying attention—taking notes, making eye contact, asking questions—is going to make a good impression. A student who’s trying to text or sleep will make the opposite one,” says Professor P.

14. Your Participation Matters For More Than Just Your Grade

Your participation (or lack thereof) can set the tone for an entire class. This is particularly true when you’re in a more intimate seminar setting. “Students should realize that there’s a huge difference between lecture classes and seminars,” says Professor P. “If you’re in a lecture class, you’re usually one of hundreds of students, so it doesn’t matter as much if you do the reading or participate in class discussion. If you’re in a seminar with twenty-five students or fewer, it absolutely does matter that you do all the reading and participate.” If you think you can get in a few texts during a minute of downtime, think again. “Along similar lines, don’t text during seminars—it’s always hugely obvious,” says Professor P. “No one just randomly looks down at their crotch and smiles.”

Seeing new professors every semester is becoming the norm at certain schools. “These days it seems like getting a full-time tenure track position is akin to winning the lottery,” says Professor R. “PhDs will move all over the country or even the world for an opportunity at a full-time position. Adjuncts work part-time and almost always have a contract for one semester only, meaning they have absolutely no guarantee that they will be employed for more than a few months at a time. Depending on incoming class size, university budget, and a variety of other factors, adjunct work can be wildly unpredictable even for the most seasoned adjuncts.”

If you think that teaching at a college level seems like a cushy job because of entire summers off, think again. “Work doesn’t end at the end of term,” says Professor T. “Adjunct faculty will almost always have other employment during the summer. Some of my adjunct colleagues are dog walkers, tutors, waiters, nannies, journalists. Full professors will use the time to conduct research, publish, or attend conferences.” If you’re looking for more time off, however, don’t worry: This Secret Trick Is Sure to Lead to More Vacation Days at Work.

Despite what you may think, it’s unlikely that your professor loves giving you a failing grade. “I don’t think I’ve ever enjoyed failing a student, since it has such a negative effect on their GPA. But there have certainly been times when a student who was clearly doing as little work as possible in the class earned the grade they deserved. Honestly, it felt satisfying to show them the consequences of their actions,” says Professor P.

It can feel embarrassing to ask for help from your professors. However, that doesn’t mean you shouldn’t. “The hardest part is seeing students struggle with the workload, family obligations, and their social lives until it becomes clear they won’t make it to their second semester,” says Professor R. “Watching students fail despite your best efforts is the hardest part for me, especially when they are too shy, reluctant, or proud to seek help before it’s too late.”

19. Grades Aren’t Everything to Them

It’s nice to get straight A’s, but don’t beat yourself up if you fall short of that goal. Professors realize that grades are just one part of the bigger picture when it comes to education. “The biggest disservice students do to themselves is to concern themselves with their grades at the expense of all else,” says Professor T. “I don’t really care at all about your grades beyond it being part of my job. If all you care about is the score you receive, you’ll learn neither the material nor the skills to be a lifelong learner.”

Your professor doesn’t love when you come to class unprepared. However, that doesn’t mean they hate you. “Frankly, we don’t see you enough to hate you,” says Professor T. “Certainly, there are disruptive students we would prefer not to deal with, but students who complain about their instructors’ grudges against them vastly overestimate how much their professors think about them outside of the classroom.” And for more amazing hidden secrets from the classroom, check out these 40 Books You Hated in High School That You’ll Love Now.